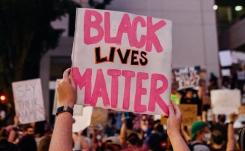 In this present moment in 2020, protest marches, vigils, and extensive media coverage are bringing awareness of racism and racial injustice to the forefront. But what happens when, in the weeks, months, and years to come, the visibility recedes, and sense of urgency subsides? What will ensure that the demands for justice, equity, and the dismantling of the systems that perpetuate racism actually bring about a society that promotes opportunity, welfare, and well-being for all? I believe that mindfulness has a crucial role to play in raising and maintaining awareness of White privilege, and preventing it from continuing to influence the individual behaviors of White people, and the systems – judicial, educational, economic, healthcare, and so many more – that have benefitted White people, at the expense of Black people, since the founding of our country.

I remember the day in graduate school, over 2 decades ago, when the professor teaching the required course that, I believe, was called “Diversity”, handed out copies of Peggy McIntosh’s article titled  White Privilege: Unpacking the Invisible Knapsac k.  I found the article so powerful. I believed that by learning about and being moved by my recognition of White privilege, I would be forever immune to the scourge that is racism. I have carried a copy of this article to each of the various positions and offices I’ve occupied and have shared it many times when it has been relevant to the conversation. As I listen and learn from today’s voices, I realize that intermittent “aha” moments, as well as my best intentions to be a “good person”, are far from sufficient.

Many claims are made about the practice of mindfulness and its benefits to physical and emotional well-being. It is defined by Jon Kabat-Zinn as “the awareness that arises from paying attention in a particular way: on purpose, in the present moment, and nonjudgmentally.” I have thought about and practiced mindfulness to become more intentional in so many other facets of my life that were previously ruled more by habit and the feelings of the moment than by the values that I espouse. Based on my experiences using mindfulness to make significant changes in many of my personal and professional habits, it is clear to me that mindfulness can and must play a crucial role in preventing racism from influencing my behaviors (aware that NOT doing something that SHOULD be done is a “behavior”) related to social justice. I am going to need to commit daily, and re-commit throughout the day, to being  aware  of thoughts and assumptions I may have because of the culture of White privilege in which I was raised,  aware  of opportunities to extend the rights and privileges I enjoy as a White person to others, and  aware  of systemic inequities that favor White people over Black and other non-White people if I am to consistently behave in ways that are aligned with the truth that we are all equal, as opposed to the racist fiction that White people are superior, more deserving, etc. I will also need to be aware of, and accountable for, times when I unmindfully engage in behaviors through force of habit or the feelings of the moment that are racist or supportive of racism.

I have been most successful in remembering to be mindful when I have found or created a visual cue - an inspiring quote that I have copied on a post-it and placed next to my keyboard, a poignant comic taped on the wall above my desk, a phrase on the white board on my refrigerator. I am currently reading  How to be an Antiracist  by Ibram X. Kendi , which would be an excellent visual cue to wake up to on my nightstand if not for the fact that it I am reading it digitally, on my Kindle. Having been made aware of the potential to contribute towards economic equity by supporting Black owned businesses, I ordered the next book on my reading list,  White Fragility: Why It’s So Hard for White People to Talk About Racism  by Robin DiAngelo from the Black-owned Frugal Bookstore in Boston. In the meantime, I will leave a printed copy of this blog on my nightstand to serve as a visual cue to keep racism in the forefront of my awareness. If the current passion for social justice is joined by sustained mindfulness that leads to consistent challenging and dismantling of racist institutions, I am hopeful for a more just and equitable future for all.

To read Unpacking the Invisible Knapsack, go to:  https://www.racialequitytools.org/resourcefiles/mcintosh.pdf

To read more about mindfulness from Jon Kabat Zinn, go to:  https://www.psychotherapynetworker.org/blog/details/511/mindfulness-and-awareness-according-to-jon-kabat-zinn

To order from Frugal Bookstore, go to:  https://frugalbookstore.net/