The Truth About Baby Boomers

The Truth About Baby Boomers 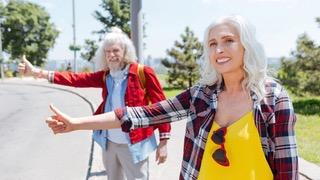 Several years ago, I wrote two articles about the options we now have in the later chapters of our life journey. They were submitted to an organization which focused on healthy aging. Subsequently, the articles were accepted and posted online. The crux of these articles was that as we age we have more choices than ever before. In the United States, for many years, sixty-five was the age in which the implicit message was time to retire. My point in the articles was this decision may continue to be the choice for many, but the beauty of living in the twenty-first century means other choices are available. Yes, at one time, a person working past the age of sixty-five was viewed as an anomaly.

My mother was an example of someone who chose to work rather than envelope herself in the comfort of retirement. For many months, after she did retire and take a reprieve, opportunity knocked for her to return to work. She accepted the offer and ran with it. My mother returned to her employment at a local medical center in another position. She became a one-on-one Guide, walking or sitting with patients who needed assistance. My mother loved it and cherished the connection with both patients and staff. At one point, my mother informed me that she was thinking of retiring again because of statements from others who questioned her desire to work at such an advanced age. When she confided this to me, I reminded her that people who have purpose often live longer. My mother listened and said, “You know what? I will tell them I am like Betty White.” I applauded her feistiness and basically said, “You go girl!”

My mother worked until she was age 82 even during her bout with cancer. She stopped because they closed the program. Most importantly, my mother remained financially independent, maintained a home, paid her own bills and drove everywhere. Truly, she was a great role model, someone who chose her own path.

When I wrote about my mother and the idea of choice in those articles, I was received with harsh words from a few people. A couple of women indicated we should “just be.” Another woman wrote that she felt sorry for my mother. I replied with diplomacy but reminded these women about choice. I went on to say that they can “just be,” but respectfully, many of us choose to pursue meaning and purpose. If work is one way, so be it.

Some people continue to resist the idea of independent thinking and changing the trajectory. If they choose a certain path in the final chapters of their lives, they cannot reconcile why someone else would not wish to do the same.

Last year, there was an article in the Wall Street Journal by two authors who were proposing in their upcoming book that there should be a mandatory retirement. They went on further to say that if people were not willing to retire by the determined age they would accept without question termination any time going forward. Well, needless to say, the letters to the Journal revealed that this bold but controversial proposal did not sit well with many of the readers.

I continue to be amazed that people of all backgrounds continue to wrestle with the idea that someone may not want to “just be” in the sunset and even the twilight of their lives. People insist they want to live independently all of the days of their life. In addition, many people hope to live longer, healthier lives. Those aspirations are most commendable, but one needs to reflect on what that entails. How does one occupy the space left void from work, raising a family or other time-consuming endeavors? How about finances? Many people especially women fear running out of money.

If You Choose, Be With Cicero

Returning to the Wall Street Journal, this past January there was an op-ed written by a retiring war reporter Jim Michaels.  The author felt that we should not have to pursue other ventures but let go of those energetic undertakings and be at peace by inviting a quietness at this juncture of life. Apparently, Cicero, the great orator of Ancient Rome recommended this way of life.

I respect Mr. Michaels’ choice, and he has every right to commiserate his thoughts across the pages of the Wall Street Journal. I wonder, however, if he feels the need to justify his decision by encouraging others to do the same.

Living in New England, we have Walden Pond where the Transcendentalists, Ralph Waldo Emerson and David Thoreau, ensconced themselves in the natural wonder of early Concord, Massachusetts. I suspect they may have been doing exactly what Mr. Michaels is advocating.

Well, Cicero, Emerson and Thoreau lived centuries apart, but they were far, far from the modernity we experience today. Perhaps, if they lived in the present, they may have made other choices regarding the later chapter of their lives. Obviously, we will never know. Most importantly, they made decisions which worked for them at those moments in time. If Mr. Michaels chooses to do the same, cheers to him. For many of us, Cicero’s path as well as Emerson’s and Thoreau’s is not our desired way of life.

Whatever path traveled at this seasoned time of life, we should choose one which we uniquely tailor for ourselves and be who we want to be!

For me, having written my first book, Stop Depriving The World of You, at age Sixty, I subscribe to the last stanza in Henry Wadsworth Longfellow's hauntingly beautiful poem “A Psalm of Life”:

Let us then be up and doing

With a heart for any fate;

Learn to labor and to wait

What are your thoughts about these later chapters life? Do you believe we should be allowed to be who we want to be? What are you choosing? Are you willing to consider choosing what resonates for you even if it does not for others?

Originally posted on Sixty and Me an online community for women over sixty and the men who wish to join them.